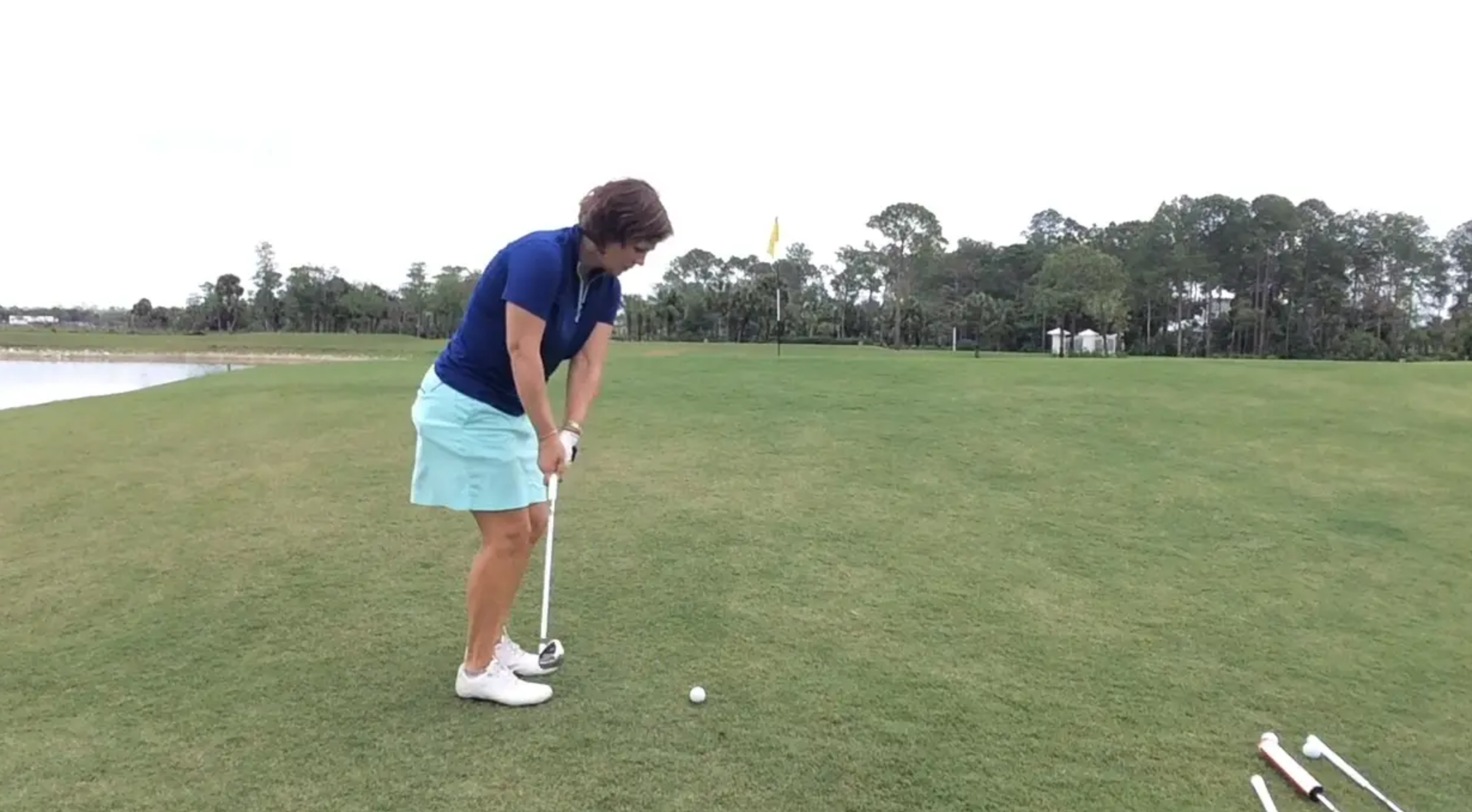 Around the greens, “there is more than one way to skin a cat,” Yes, a nasty saying if taken literally but, if Mark Twin can use it I shall take creative liberty here to make my point. 🙂

My point is that it is disadvantageous to own only one short game shot and then try to make it work in every scenario.

This is going to result in some big numbers.

You want to learn how to hit the ball high and low near the green and then visualize different ways to hit each shot.

There is no one way to get the ball close to the hole. There are, however, 3 things you want  to consider when making a decision on what shot to use around the green.

If you can hit a flop shot and have only seen it successfully performed by Phil Mickelson, you should probably not try it for the first time on the golf course.

If you skull every other pitch shot, you want to avoid that when there is water over the green.

Conversely if you can hit a solid chip shot a majority of the time, I say chip.

2. What Are You Confident Hitting?

This is not the same as question number one.

Perhaps you can hit a soft pitch shot, but TODAY, you just aren’t feeling it.

It could be that you don’t feel super comfortable with your lie, the bunker in front of the green scares you, or a group on the tee box is watching you.

This is the time to hit the shot which gives you the most predictable result.

It is best to try a shot with which you have the most confidence.

3. Is The Risk Worth The Reward?

If you can hit it low, it is usually safer than trying to hit a high shot.

If you REALLY want to try to land the ball on the green and put a bunch of spin on the ball, is the risk worth it?

What I mean is, if you mishit the shot (fat or thin) will it cost you a bunch of unnecessary shots?

For example, you chunk it in the bunker and hate bunker shots or you skull it over the green into a pond.

Could you play safer – to the fat part of the green, two putt and walk away happy?

If you take the riskier shot, what is the advantage?

How many times out of 10 could you get up and down hitting the risky shot?

I think you get my point. Often the reward – getting up and down – is not worth the risk. You could make the same number playing it safer.

This is where you can really save yourself some shots around the green and thus your whole score.

Watch the video below, where I show you how to look at a specific short game shot differently.

I show you 4 different ways to hit this short game shot. 🙂

Start visualizing different options close to the green and you just may save yourself a bunch of unnecessary shots.

‘Til next time, put your shoes on and get out there and play!

p.s. Get on the waitlist for the BWGC, a membership that supports you and your golf game. Click HERE

Play Smart Golf Off the Tee and Save Shots

Try This Alternative to Chipping